In San Francisco, people shut down a street, showed a movie and organized a direct action training right outside of Wells Fargo’s global headquarters. In New York, activists took the message right to the doors of JPMorgan Chase’s global headquarters. Sierra Leone (shown below) demonstrated international concern in Kenema City. And in Portland, activists shut down a few bank branches while wearing chicken costumes (for chicken bank CEOs). 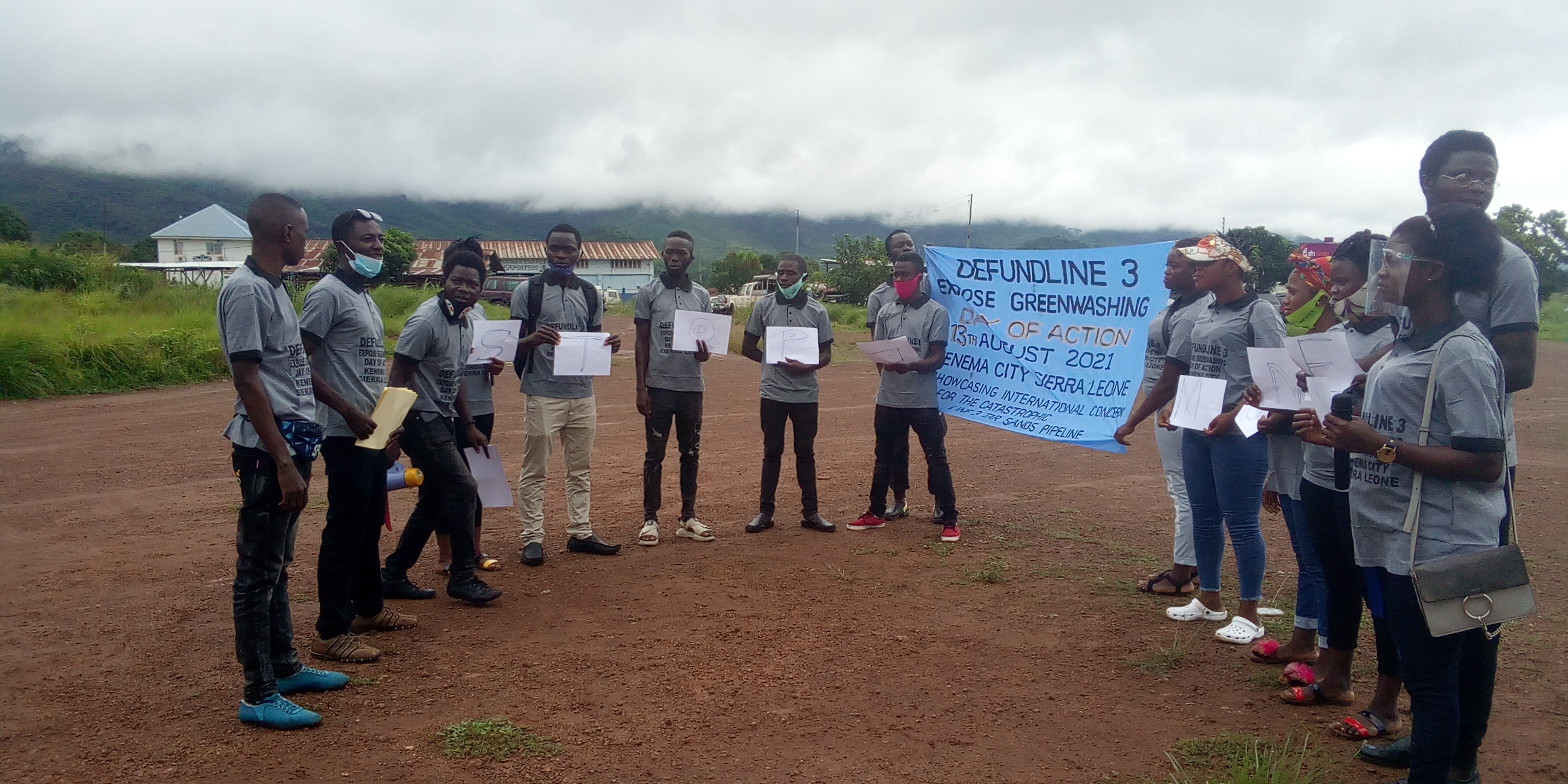 The action was in response to news that Enbridge, the company building Line 3, had received more than $1.5 billion in “sustainability” loans. This kind of greenwashing is becoming increasingly common in the fossil fuel and financial industries ― and it must be called out at every turn.

As we took action on the streets, more than 1600 people also sent a direct message to the CEOs of all of the banks involved in the so-called sustainability loan. You can join them in sending an email to the CEOs here.